Google has confirmed it will not close its popular Google News service in Australia as its steps up its public campaign against paying for news content.

The company posted an open blog to its website on Monday claiming the proposed legislation drafted by the Australian Competition and Consumer Commission requiring it to share revenue with media businesses was ‘unfair’ and ‘unworkable’.

‘Put simply, it’s extremely one-sided and unfair – so unfair that no company should be be asked to accept it,’  it said.

But Google admitted it was unable to withdraw from Australia like it did in Spain when forced to pay for news in that jurisdiction because the proposed law was so broad it would require the company to remove all global news by media firms and ‘citizen journalists.’

The ACCC has accused Google – which raked in $4.8 billion in revenue from Australia last year – of running a deliberate campaign of ‘misinformation’ against its attempt to hold the company to account. 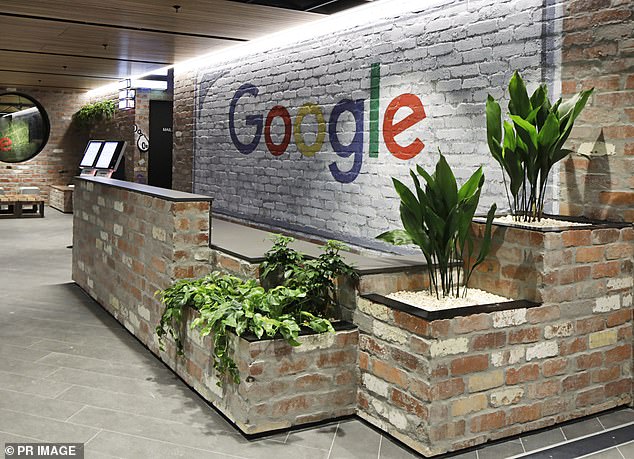 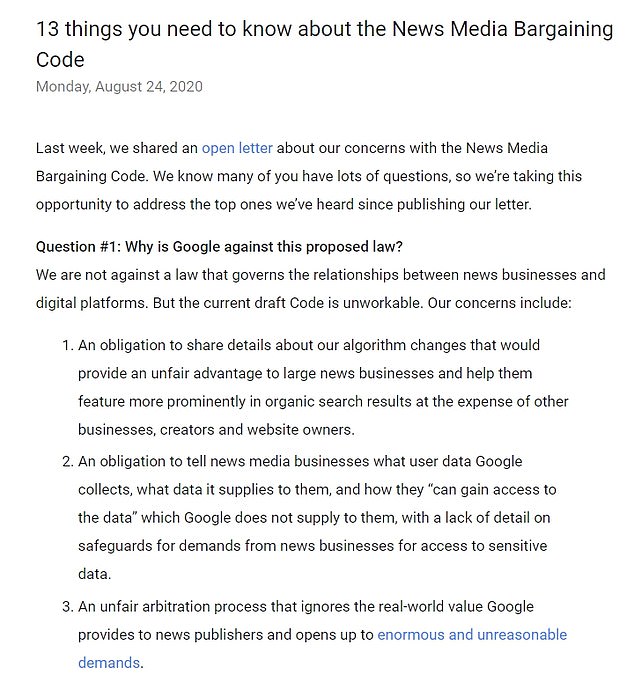 Google’s post, the latest salvo in what looms as  a protracted war with the Australian press, said shutting down Google News was not an option as the company would have to undertake ‘a mass cull of content globally to stop them being visible