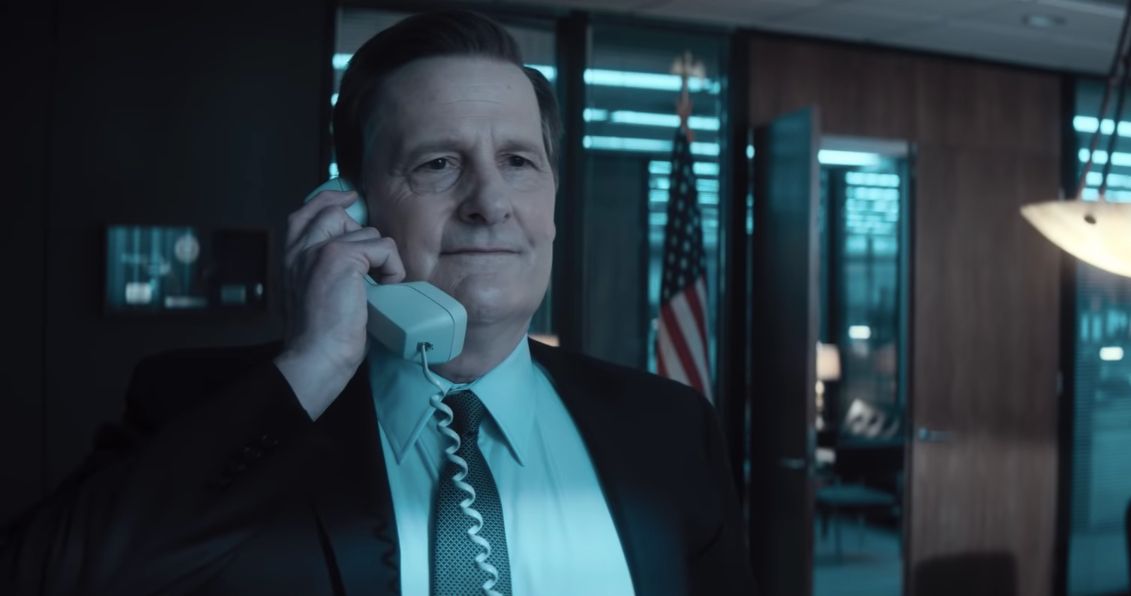 Normally we’d have to wait at least five years, if not ten, for a drama based on true political events, but the past four years have felt like fifty, so Showtime can probably be forgiven for hitting fast-forward on their scripted reimagining of the 2016 election and eventual ouster of FBI director James Comey in May 2017.

The historical events that transpired between Comey, portrayed by Jeff Daniels, and Brendan Gleeson’s very spot-on Donald Trump shouldn’t be much of a surprise to viewers, but considering the non-stop 24/7 news cycle, you can be forgiven for forgetting some of the details of those intervening months, like, for example, the real-life dinner that inspires a scene in which Gleeson’s glowering, gangster-like Trump tells Comey, “I need loyalty. I expect loyalty.”

Written by Billy Ray, the two-night limited series was adapted from Comey’s own 2018 memoir A Higher Loyalty: Truth, Lies, and Leadership, which is presumably why it seems to paint Comey as a bastion of morality, rather than offering a more complicated portrait of one of the many Washington insiders who were completely blind-sided by the Trump White House. “If we ever put anything above the truth, it’s a bell that can never be unrung,” Comey warns in the trailer. Well, ding dong, America, and welcome to 2020. The Comey Rule premieres September 27.