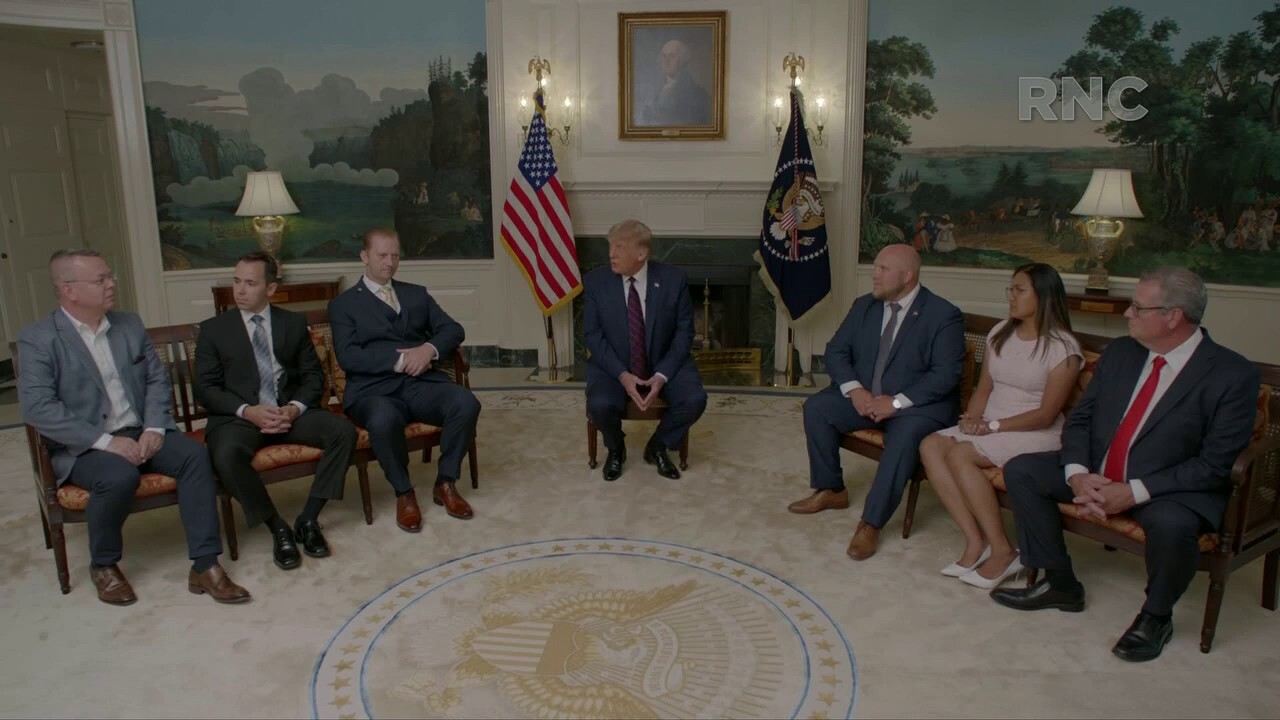 Six American hostages thanked President Trump during the first night of the 2020 Republican National Convention for bringing them home safely.

The president on Monday honored the hostages and detainees at the White House, in an exchange that aired during the convention. The president sat alongside the six Americans who were held hostage in Syria, Iran and Venezuela and who were freed during his administration.

RESCUED HOSTAGES TO BE FEATURED AS PART OF GOP CONVENTION

Those hostages included Michael White, a U.S. Navy veteran who was arrested while visiting his girlfriend in Iran; Sam Goodwin, a world traveler who was taken into custody for failure to have a visa in 2019; Pastor Andrew Brunson, who was arrested in 2016 by Turkey; Joshua and Tamara Holt, who were detained in Venezuela shortly after their wedding and accused of stockpiling weapons; and Pastor Bryan Nerran, who was arrested by the Indian government for having $40,000 without declaring it.

“I’m very pleased to let everyone know we brought back over 50 hostages from over 22 different countries,” Trump said Monday. “We are very proud of the job we did.”

The president invited the former hostages to speak about their experiences.

“I was held in Turkey for two years and you took unprecedented steps to secure my release,” Brunson said. “Your administration really fought for me.”

TRUMP ACCUSES DEMOCRATS OF ‘USING COVID TO STEAL OUR ELECTION’

Goodwin, who was held in Syria for 63 days, said he is “more grateful than he has ever been for anything to be home safely.”

White, who was apprehended in Iran, thanked the president for getting him out of prison “in record time.”

Joshua Holt spoke, thanking the president, said it was a “great honor to be able to meet you when we got back.”

“I was blown away,” Holt said.

And Nerran praised the president for getting him home, while saying that he helped during “the darkest time” of their lives, specifically referring to a letter the president wrote to his wife.

“On behalf of my family and myself, thank you for getting me out and getting me home,” he said.

On average, between 200 and 300 Americans – from aid workers and journalists to tourists, students, business people, and dual citizens – are abducted by non-state actors such as criminal groups or terrorists or detained abroad by adverse state-actors annually, according to support and awareness organization, Hostage US.