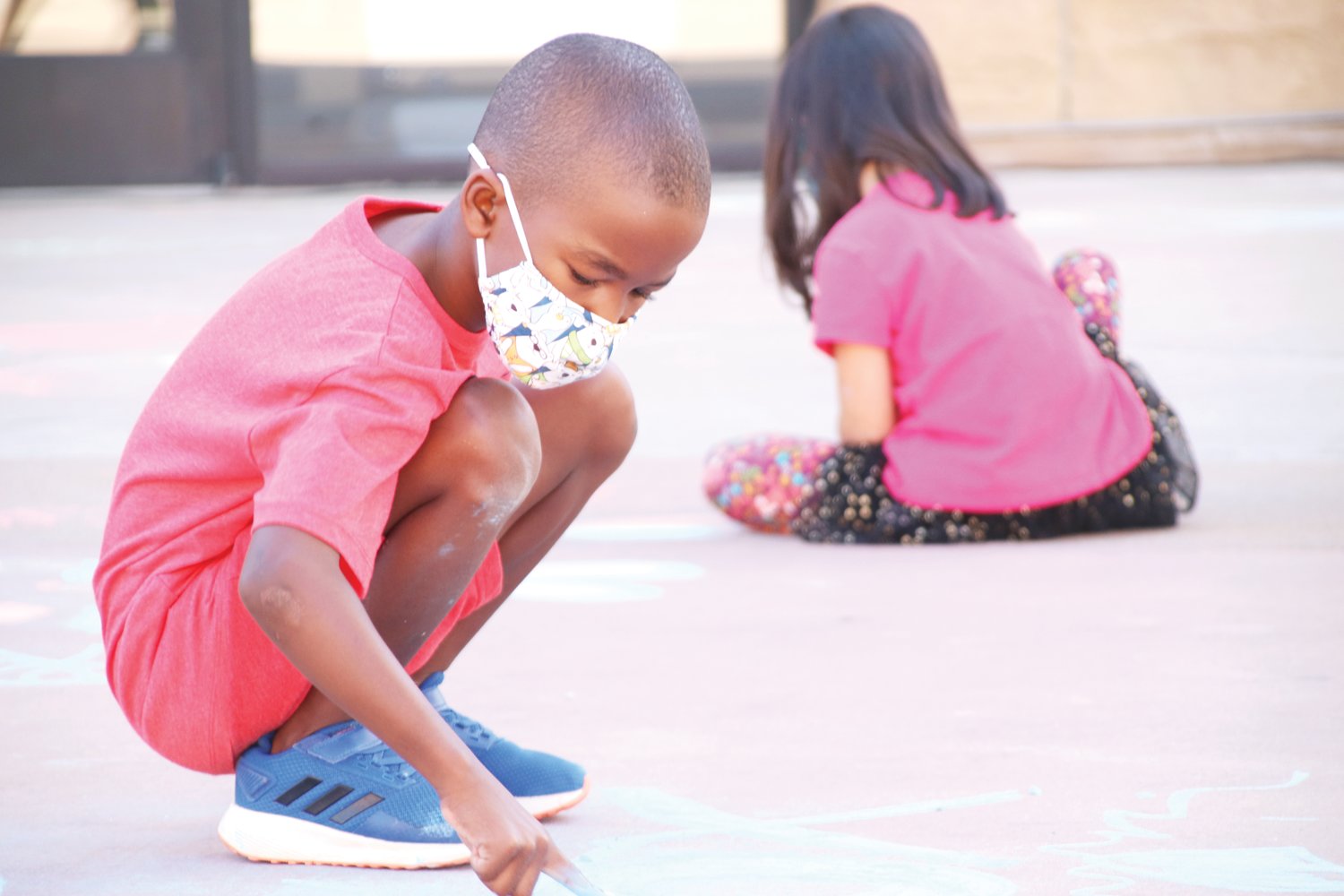 The City of Centennial canceled all of its traditional summer events this year as the COVID-19 pandemic rolled on, but the city provided a substitute for its annual chalk art festival: gatherings of chalk-drawers spread out across Centennial.

Denver metro area artists crafted intricate pieces at The Streets at SouthGlenn outdoor mall in west Centennial, at Halfpenny Brewing Company along East Arapahoe Road, outside Centennial’s IKEA store and at Two22 Brewery in the city’s east end for the Chalk Across Centennial event Sept. 12.

Joe Punicki, a 42-year-old artist from Morrison, came with Broomfield resident Diane Larson, who together make up an art group called the Chalk Ratz. Larson felt lucky to be at an art festival after months of canceled events and restrictions due to the pandemic.

“We’ve had to struggle to find opportunities to come out and draw,” Punicki said.

Rhonda Mullins, of Centennial, also felt excited to participate, especially after this year’s Denver Chalk Art Festival — which she also planned to participate in — was canceled.

“I appreciate it so much more than the other years because I haven’t gotten to do this,” Mullins said, sitting next to her art near IKEA.

The event also celebrated the 20th anniversary since the vote to create Centennial, which was legally established as a city on Feb. 7, 2001. Live music added to the festivities at three of the chalk-art locations.

In the past few months, the city’s annual Brew-N-Que with local barbecue and breweries for beer-tasting, annual Centennial Under the Stars concert and laser light show, and a May 30 Summer Kickoff event were canceled. The annual Centennial Car Show and Concert was also canceled, along with the city’s regular Chalk Art Festival.