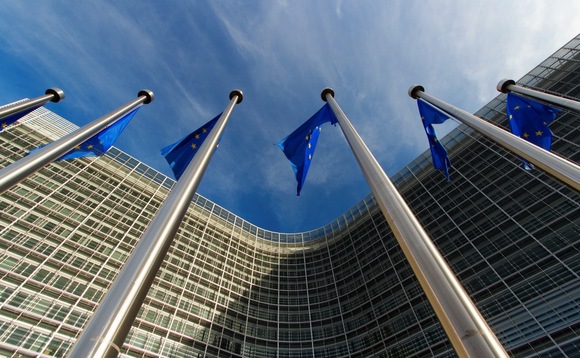 Business leaders from more than 150 companies have today called on the EU to commit to stricter climate targets, urging policymakers to adopt a 2030 goal to cut emissions by 55 per cent against 1990 levels in an open letter to the European Commission.

The intervention from a raft of high profile firms, including Microsoft, Unilever, IKEA, Apple, and Google, comes as the Commission meets to discuss proposals for a new 2030 emissions target in advance of the bloc’s State of the Union address on Wednesday.

In the letter, CEOs drawn from wide-ranging sectors including manufacturing, heavy industry, finance, consumer goods, energy, and technology pledge to work with the EU to deliver a more sustainable economy, while voicing their support for the 55 per cent target.

“What we urgently need to see next is an ambitious implementation of the recovery package focussed on achieving a green and digital transition, with the European Green Deal at its core and an elevated short-term emissions reduction target in its sights,” states the letter, which has been signed by 157 corporate leaders and 21 business networks.

Coordinated by cross-sectoral body the European Corporate Leaders Group, the letter was delivered in partnership with a range of climate-conscious business groups, including Business Ambition for 1.5C, the We Mean Business Coalition, the Carbon Disclosure Group, and the World Business Council for Sustainable Development.

It calls on the Commission to step up its current 2030 target of cutting greenhouse gas emission from 40 per cent to the 55 per cent goal proposed under the EU’s planned Green New Deal package.

It also urges EU leaders to build the target into coronavirus recovery plans, which could be used to provide a stable framework for the green investments necessary to reach climate neutrality.

“The right decisions now can help create and protect healthy, thriving and fair communities and secure a roadmap for a prosperous economy,” the letter continues. “From a business and investor perspective, clarity on the net zero transition pathway and timetables for each sector, as well as policy that enables substantial investments in carbon neutral solutions is essential. This in turn would provide us with the confidence needed to invest decisively at the necessary pace and scale to reduce emissions, create decent green jobs, drive innovation, and accelerate the rebuilding of a resilient zero carbon economy.”

Published last December, the EU Green New Deal proposed a radical transformation of the trading bloc’s economy over the next 30 years, decarbonising the continent while creating a swathe of green jobs in new low-carbon industries.

One of the major steps towards the long term net zero emissions goal was a strengthening of previous emissions reductions ambitions, including raising the 2030 target to 55 per cent, before aligning all climate-related policy with the new 2030 goal in summer 2021. A decision on whether to integrate the more ambitious target was due to be taken by this summer, but was delayed due to the Covid-19 pandemic.

Many of the bloc’s most influential governments have signalled their support for the Green New Deal package and a faster pace of decarbonisation, with both France and Germany recently unveiling new multi-billion Euro green recovery packages.

However, previous attempts to strengthen the bloc’s legally binding emissions targets have been stymied by opposition from a number of industrial groups and eastern European states, which tend to be more reliant on coal power than their western neighbours.