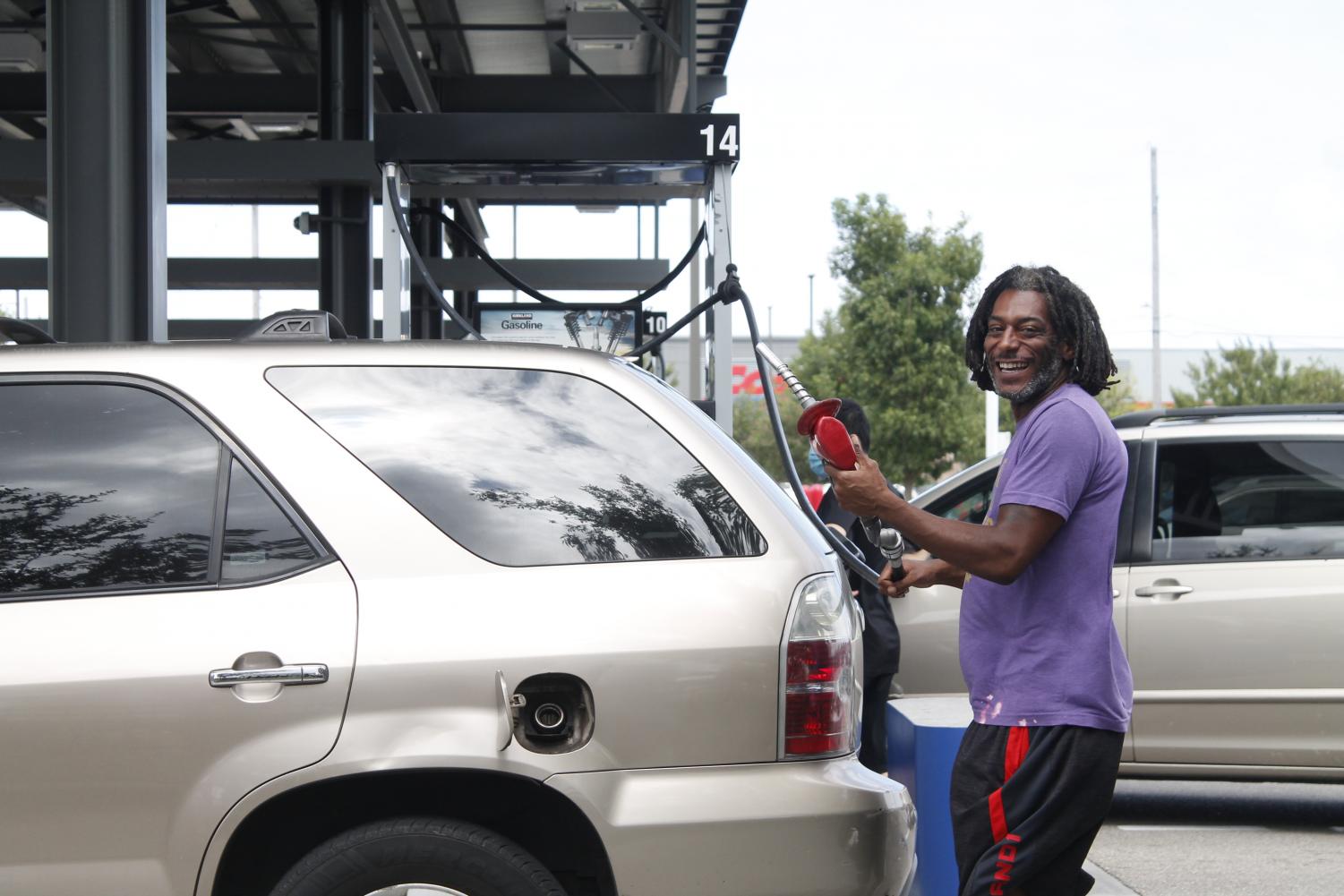 The neutral ground and gas stations flooded with cars as New Orleans residents spent Sept. 14 stocking up on gas, groceries and supplies ahead of Hurricane Sally.

The storm gained strength and formed into a Category 2 Hurricane Sept. 14, according to the National Hurricane Center. It is the eighteenth named storm of the 2020 Atlantic Hurricane season and the third disturbance this month for New Orleans.

Despite the storm projected to move east of the city, residents are still following storm preparedness protocol and buying supplies.

Rich Simmerman, political science senior, waited more than 30 minutes at Costco to fill his gas tank ahead of the storm/

“Every single line was full with three cars, plus,” said Simmerman.

Being a native New Orleanian, Simmerman has had plenty of experience with hurricanes and understands the panic that people go into when a storm is announced. However, he said he noticed and was frustrated by people “hoarding” gas.

“The guy to the left of me was there for the entire extent with no cars moving in front of him. He had about seven gas cans in addition to his heavy-duty truck that he was filling,” said Simmerman. “It’s never a smart or friendly thing to do and it’s a very non-civic activity.”

The Costco line was packed with a constant flow of cars between 10 a.m. and 2 p.m.

“When a state declares a state of emergency, people are in panic mode and it’s important to realize that everyone else needs resources just as much as you do,” said Simmerman.

Along with filling up his tank, Simmerman made sure to be well prepared by stocking up on supplies while at Costco. He said he tends to look to Bob Breck, the famous local former broadcast meteorologist, for whether or not he should be concerned about a storm.

“As I mentioned before, we can relax, BUT not consider the all danger is over as Hurricanes can do strange things,” according to Bob Breck’s blog.

Avery Tellam, advertising junior, expected the crowds would form today so she filled her gas tank on Saturday. Her wait time was about 10 minutes.

One of the issues she noticed was, “people not moving out of the way when they were done getting gas.”

Entering her third year at Loyola, she has encountered numerous hurricane warnings, but is treating this one like the others.

“It is a part of living in New Orleans that you get used to,” said Tellam.

Along with getting gas, Tellam made sure to buy water from Costco while she was there. She also plans to park her car in the Loyola parking garage in case of flooding.

Neither Simmerman or Tillman plan to evacuate for the storm, but Loyola University New Orleans announced its safety protocols for Hurricane Sally Sunday.

“The latest forecasts show Hurricane Sally veering east. As we pray for our neighbors in Mississippi and Alabama, we can breathe a cautious sigh of relief. We will still get weather beginning tonight, however, and we must remain vigilant,” said Todd.

Updates for Wednesday have not been announced.