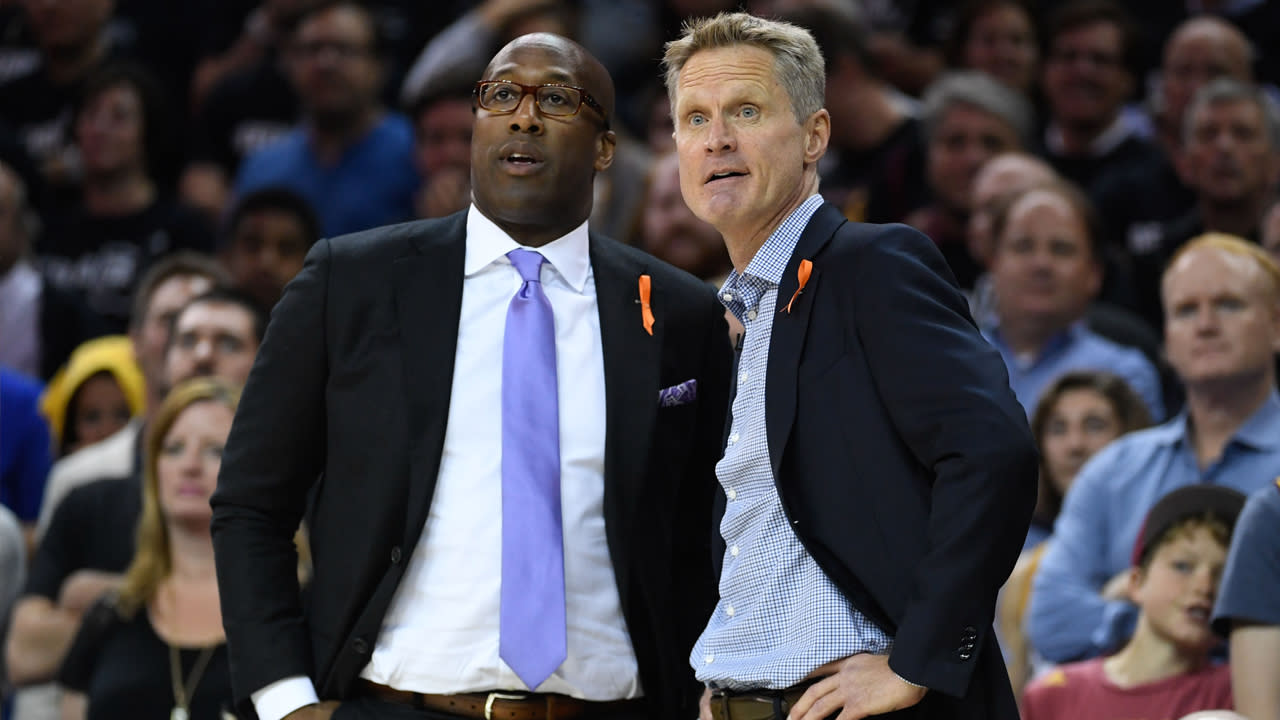 Steve Kerr might be close to losing another member of his Warriors’ coaching staff.

Latest buzz in NBA coaching circles: Golden State’s Mike Brown made a strong impression on the Clippers in his interview and is an emerging candidate with LA.

Ty Lue, scheduled to meet with Houston early next week, was widely billed as the early favorite to succeed Doc Rivers

The 50-year-old Brown reportedly also interviewed with the Indiana Pacers and the Philadelphia 76ers, who have since filled their vacant head coaching job with former Clippers coach Doc Rivers.

Brown has spent the last four seasons as an assistant on Kerr’s staff, but he has six full seasons and two partial seasons of head coaching experience. He coached LeBron James in Cleveland from 2005 through 2010, but was fired after an early exit from the playoffs.

He was hired by the Los Angeles Lakers that offseason and coached Kobe Bryant through the lockout-shortened 2011-12 NBA season. But after five games of the 2012-13 season, Brown was fired when the Lakers opened the season 1-4.

Overall as a head coach, Brown has a 347-216 record. If he were to get the Clippers’ job, he would inherit two NBA superstars in Kawhi Leonard and Paul George.

The Clippers had aspirations of winning the NBA title this year after acquiring Leonard and George last summer, but they lost to the Denver Nuggets in the Western Conference semifinals in the NBA bubble and parted ways with Rivers shortly after that.

If Brown gets the Clippers job, he would be the third coach to leave Kerr’s staff for another head coaching job, joining Alvin Gentry, who took the New Orleans Pelicans job in in 2015 and Luke Walton, who took the Lakers job in 2016.