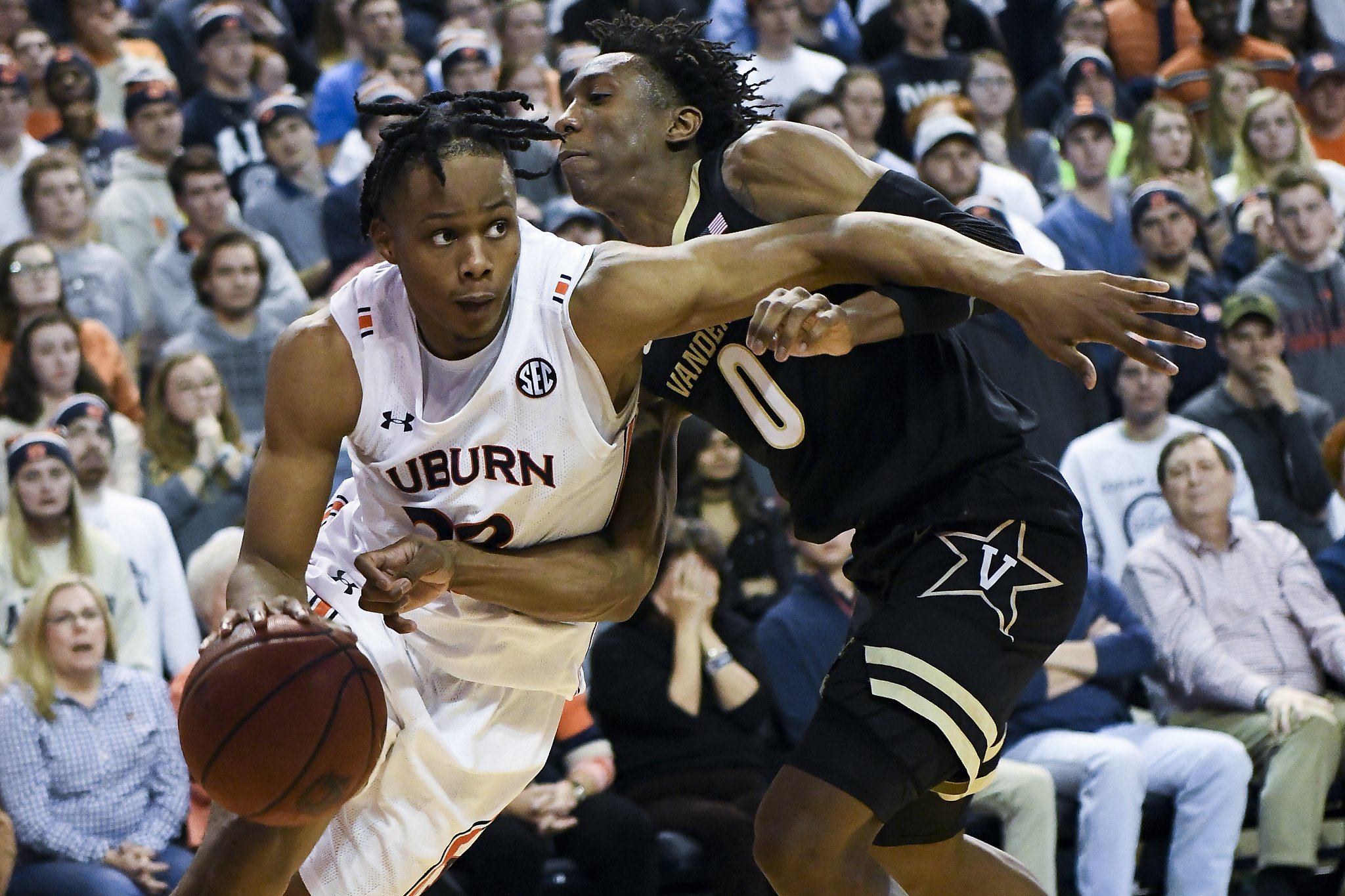 In the lead-up to the NBA draft, The Chronicle is analyzing players the Warriors could consider taking with the No. 2 pick. Up now is Auburn forward Isaac Okoro.

Strengths: Few players in this draft class do more to help their team win than Okoro, who led McEachern High School in Powder Springs, Ga., to an undefeated season his senior year before going 25-6 as a freshman at Auburn. He excels at the game’s nuances, setting textbook screens, making sound decisions and finding open shooters.

What makes Okoro a surefire lottery pick, however, is his defensive potential. At 6-foot-6, 225 pounds with a 6-foot, 8 ½-inch wingspan, quick hands and exceptional balance, he could become one of his NBA team’s best on-ball defenders from Day 1.

In addition to blocking shots and nabbing steals at a high rate, Okoro takes pride in shutting down the opponent’s best player. He understands angles and is an excellent help-side defender, playing off his man when necessary in the Tigers’ system.

Though questions linger about his jump shot, Okoro thrives at getting downhill and finishing with either hand. His efficiency — he shot 51.4% from the field last season — also speaks to the fact that he plays within himself and takes quality shots. Not afraid to feel contact, Okoro attempted 4.8 free throws per game at Auburn.

Weaknesses: The big debate surrounding Okoro is whether he can provide enough offensively to warrant an early- to mid-lottery pick. Though the mechanics of his shot aren’t terrible, he made 28.6% of his 3-point tries last season and 67.2% of his free-throw attempts.

That’s concerning to NBA general managers, who are well aware that most wings at that level must be terrific shooters — not just decent ones — to carve out a long career. Without a great jump shot, Okoro could become predictable offensively, forcing forays to the rim instead of taking what the defense gives him.

Though he has shown flashes of his playmaking ability, Okoro was often careless with the ball, finishing last season with an assist-to-turnover ratio of 2.0-to-2.0. His rebounding also left some to be desired. Okoro posted a rebounding percentage of 7.8 last season, with an offensive rebounding clip of 6.6%.

Fit with Warriors: If Golden State drafts Okoro, it will do so in hopes of bringing in a lock-down defender who can help replace much of what was lost when the Warriors traded Andre Iguodala to Memphis. It’s hardly unrealistic to ask Okoro to match up with opponents’ best scorers as a rookie.

But to make room for Okoro’s defense, the Warriors probably would have to get creative with their lineups, playing Andrew Wiggins at power forward more than they might prefer. Okoro projects as someone who — at least at the start of his NBA career — would come off the bench to play 20 or so minutes a night.

Scout’s take: “To me, Okoro is the best defender in this draft class, hands down. Think of Andre Roberson, but not inept offensively. He can be a very good player for a very good team in this league. I’d have no problem taking him in the top five if I needed to boost my perimeter defense.”

Bottom line: According to league sources, the Warriors are intrigued by Okoro’s defense, but they might be more apt to take Florida State’s Devin Vassell simply because — in addition to being a great defender — he is a knock-down shooter. If Golden State does draft Okoro, it’d probably be after trading down to the mid- to late-lottery.