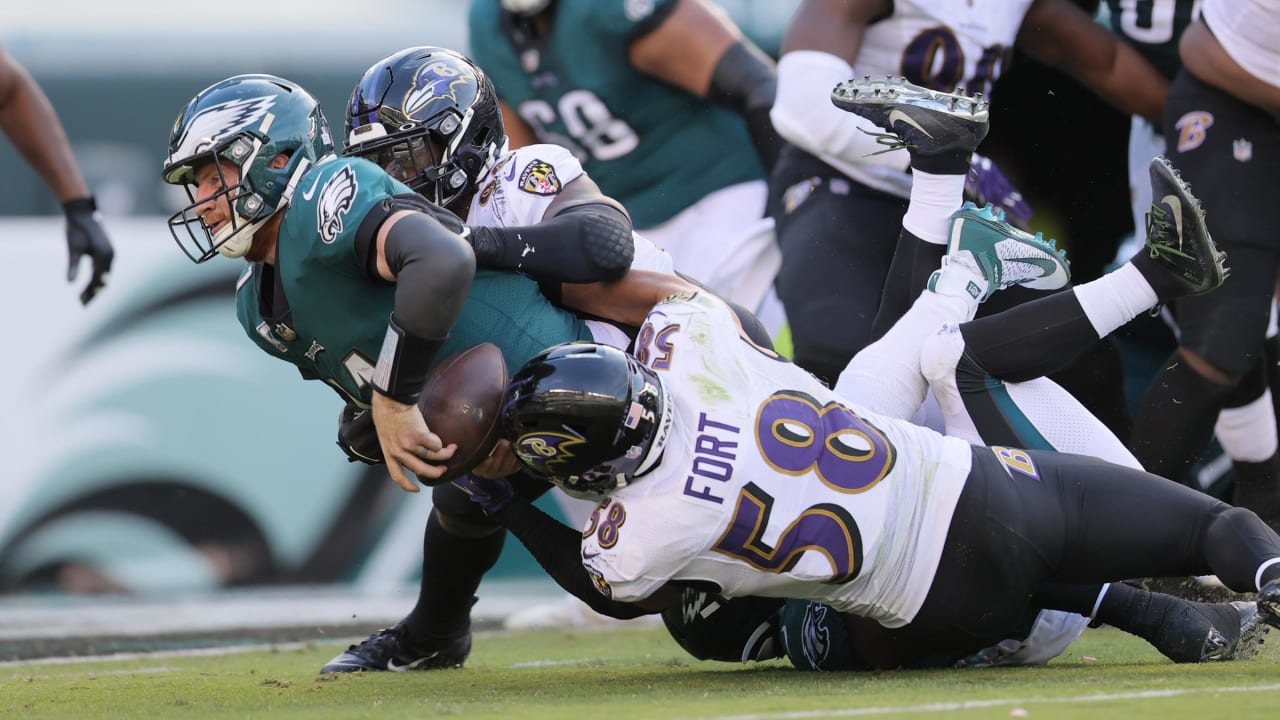 The clutch play was especially meaningful for Fort, who earned a game ball. The veteran inside linebacker was released by the Eagles last September, but has found a home in Baltimore.

“I was thinking ‘read zone,’ because they had run it multiple times earlier,” Fort said. “Me and Judon were able to make the stop. You always want to make big plays, especially coming from a team that let you go. So, that was a great feeling, and to be able to get the closer was the cherry on top.”

Judon’s quick reaction was crucial to blowing up the play, but he gave credit to Fort.

“L.J. made a great play,” Judon said. “I was just there to assist on the tackle, he initiated contact. We knew they were going to try to run it in. They’d been running it well, so we had to come up with a big stop right there.”

At halftime, it didn’t look like Baltimore’s defense would need a game-saving play. Instead, it looked like the Eagles needed saving. The Ravens were dominant while building a 17-0 halftime lead and made the Eagles’ offense look futile.

Campbell set the tone by sacking Wentz on the game’s first play, and the assault against Philadelphia’s offense was on. On the Eagles’ first six drives, they were held to 12 total yards and one turnover. It took Philadelphia 25 minutes and backup quarterback Jalen Hurts to get its initial first down.

Even without starting defensive linemen Brandon Williams (Reserve/COVID-19 list) and Derek Wolfe (neck/concussion), Baltimore’s defensive front dominated the line of scrimmage against a Philadelphia offensive line that has been hit by injuries. Campbell had his best game as a Raven with four quarterback hits and three sacks, barging into the backfield on a regular basis.