Have you ever walked through the woods, taken a deep breath, and appreciated the scent of fresh pine in the air? Well, that’s pinene for you: this favorable terpene is the official scent of the forest. It is not only famous for its aroma but also for its flavor and holistic benefits. With its vast therapeutic potential, this terpene is often sought after.

Terpenes exist naturally in nature. They create the aromas and flavors in plants. The main reasons plants produce terpenes are to ward off predators and to attract pollinating insects. What’s also interesting about these aromatic elements is that humans extract them from plants such as hemp.

On every hemp flower, there is a lightly dusted sticky substance called trichomes frosting the entire surface. Trichomes function as a protective layer against prey, but it also contains terpenes and cannabinoids that are known to benefit humans.

There are over 20,000 different types of terpenes, 200 of which are said to be found in cannabis. Each terpene has a wide variety of functions and each one is unique in its own special way.

These organic compounds release flavor and aroma, not only in hemp but in many different plants. Most of the time, you will be able to identify different terpenes by scent.

Pinene is arguably the most popular terpene. It is used in several applications. For example, it is mostly used as a flavoring agent and insecticide. Alternatively, it has also been used in the biofuel industry for spark-ignition engines.

However, the hemp industry has particularly taken an interest in the terpene for its fragrance and stimulating effects. There are two types of terpenes; alpha-pinene and beta-pinene.

Although both promote similar benefits, alpha-pinene has been suggested to reverse the effects of THC.

Just as the name suggests, the earthy aroma of pinene has a strong pine scent. It fills the air like peppermint and leaves a fresh aftertaste like chewing gum. In fact, some of the minty qualities of gum are produced by this terpene. Its lung expanding aroma can make you feel like you’ve entered a eucalyptus steam room.

What Are the Effects of Pinene?

Terpenes in general can be beneficial, each in their own unique way. The Journal of Natural Products released a study in 2014 that takes a closer look at pinene and inflammation.

In a 2012 study, authors discovered that the fungus accountable for yeast infections, Candida albicans, had an interesting interaction when introduced to pinene.

Pinene may also be able to increase focus. Interestingly, a German academic study released the positive attributes of this terpene’s antioxidants.

Many people say they feel more alert from pinene. Which is why some researchers theorize it may work as a natural memory aid. This terpene seems to complement our mind and body’s recovery process.

Where is Pinene Found?

Pine trees and rosemary are the most common plants that have alpha-pinene. You can find beta-pinene in dill, parsley, and basil.

You can also find both types of pinene in a variety of cannabis strains. Cannabis can be either hemp or marijuana depending on the THC content.

Of course, pinene is in many different things as well, for example, gum, deodorant, essential oils, candles, and more. 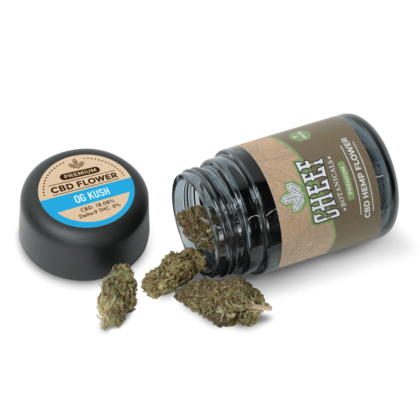 CBD strains are rich in different types of terpenes. Therefore, you can search for specific strains that are dominant in pinene. The strains that have majority pinene can help optimize the benefits this terpene offers.

As long as the strain has 0.3% THC or less it is legal throughout the U.S. Strains with THC levels above this level are considered marijuana which is illegal in many states. Here is a list of CBD hemp strains that have high levels of pinene:

Yes, there are a lot! If you are interested in any one of these strain or if you want to check out some of our most popular CBD flower products, click here!

This most abundant terpene offers multiple contributions to our mental and physical wellness. It’s surprising to see how beneficial incorporating this terpene into our lives can be.

We can easily identify the aroma in the products that we use every day. We highly recommend using this terpene in your daily routines, preferably in the morning. This can help kick start your mind and creativity.

We can always find products filled with pinene’s therapeutic value, whether in hemp, essential oils!