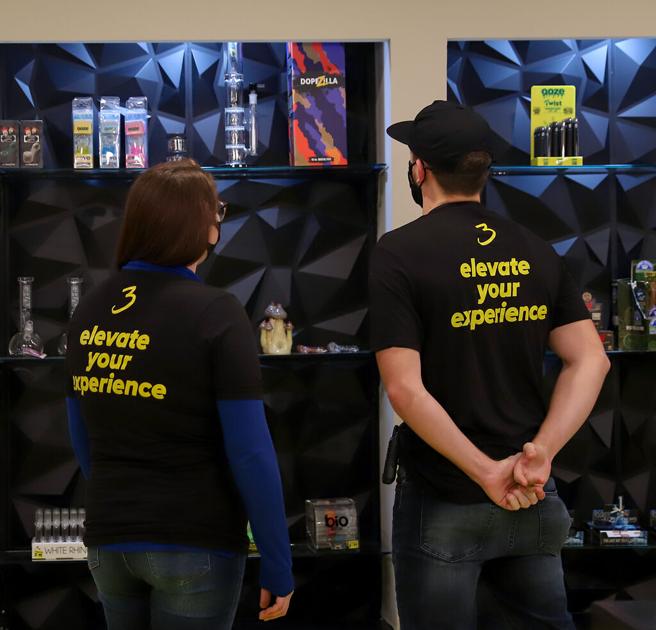 3Fifteen Primo had a soft launch for friends and family on Saturday. A grand opening is planned Tuesday through Thursday.

Jason Corrado, CEO of 3Fifteen Primo, said the soft opening over the weekend enabled employees to work out some kinks.

With the grand opening on Tuesday, Corrado said the business will serve card-carrying medical marijuana patients in the city before anyone else.

“It’s very important that we give them an experience that they like,” he said.

Any physician in good standing in Missouri can prescribe medical marijuana to treat a number of conditions, Corrado said. To receive a card authorizing purchase of cannabis products, a patient must apply through a portal on the Missouri Department of Health and Senior Services website.

As a Schedule 1 controlled substance, marijuana is still illegal at the federal level. In March, the Missouri legislature introduced HB 1896 to make it a felony for a state agency or employee to disclose to the federal government information about those who applied for or obtained a medical marijuana card, the Missourian reported. HB 1896 was signed by Gov. Mike Parson on July 13.

Of this disparity, Corrado said, “I think that there has been injustice.”

“We should advocate for more awareness of what’s happened to these folks that have been prosecuted and are in prison for small amounts of marijuana,” Corrado said.

“It’s a plant that God put on earth. It grows right up out of the ground,” he said.