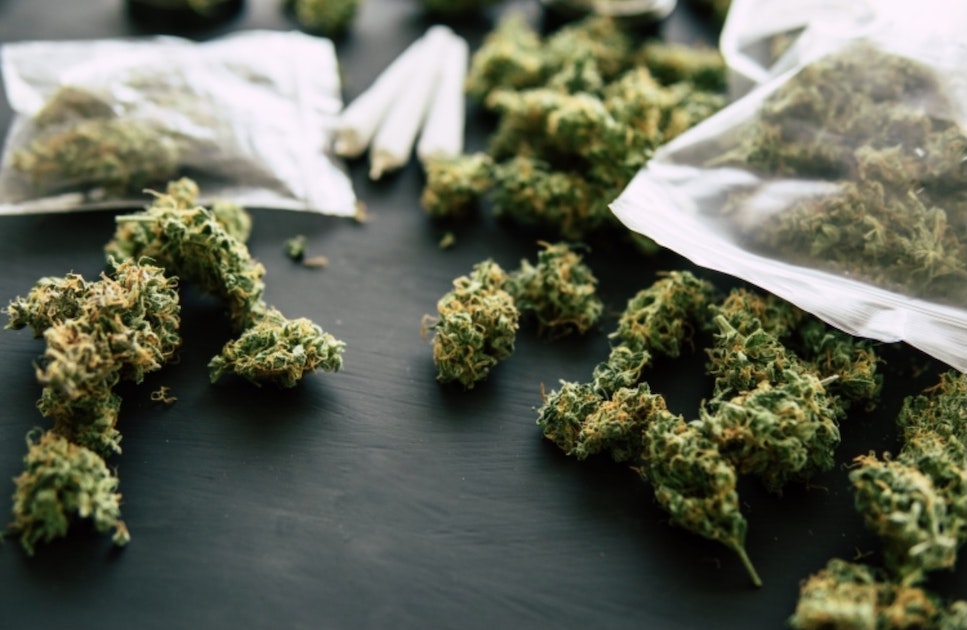 Twelve marijuana dispensaries exist within a four-mile radius of my Los Angeles home. The stores are quirky and have weed-inspired names like The Coughy Shop, Gram Central Station, The Green Mile, Herbal Outfitters, Higher Path, Hollyweed, Pipe Dreams, The Growcery, The Pottery and Uncle Herb’s. Los Angeles has nearly 200 licensed marijuana dispensaries and more than 900 licensed sellers. At a fee of $4233 per license, that’s a haul for the city.

In the 2020 election, four new states legalized marijuana. This brought the total number of weed-legal states to 15. Weed has never been easier and cheaper to purchase. Even with an overall tax rate above 30 percent (state excise tax + sales tax + cannabis tax), the average consumer cost for a gram of weed in California is $12.50. An eighth-gram (3.5 grams) is $37 while an ounce is $256.

When I stopped smoking weed in 1987, a dime bag (one gram) cost $10. An eighth cost $40. In those days, quality wasn’t guaranteed. I once bought a baggy from a shady dealer before a Cheap Trick concert that turned out to be sage, marjoram and cumin. It didn’t get me high but made for a wonderful poultry seasoning.

In the 1980s, buying weed was a risky undertaking. High schools were filled with narcs while undercover cops attended concerts, nightclubs and sporting events. When Ronald Reagan launched his war on drugs, prosecutors treated marijuana on par with heroin and cocaine. Harsh new drug policies were implemented and jails quickly filled with non-violent drug offenders. Los Angeles Police Chief Darryl Gates once said, “Casual drug users should be taken out and shot.”

In the Reagan era, you had to buy weed in strange places. Every upscale neighborhood had a wealthy teenager growing pot in his bedroom closet. My high-school basketball teammates bought their stash from an assistant coach. I knew a guy who gave tennis lessons at a private club. For an extra $100 he sent clients home with a can of weed-filled tennis balls.

My pot dealer was a neurotic transvestite living in a Mar Vista trailer park. He equipped his trailer with a periscope and surrounded the property with artificial turf hiding motion sensors. When someone approached, a chorus of beeps echoed through the trailer. This gave him time to peer through the periscope to see if the Feds were outside. The source of the beeping was usually a stray dog or a squirrel. The dealer was eventually busted along with two longtime customers.

I started smoking weed my senior year in high school. It expanded my mind and helped quell my anxiety. It also brought me out of my shell and gave me the confidence to express myself. My problem was that with each use the high lessened and the comedown grew worse. After indulging for several years, getting stoned meant 15 minutes of relaxation followed by 12 hours of regret and self-recrimination.

Pot made me susceptible to the “carrot and stick” effect. It stimulated creative ideas but took away my initiative to execute the ideas. The carrot was always just out of reach. I kept a weed journal where I jotted down half-baked inspirations. In most cases the ideas I thought were great while wasted turned out to be lame when sober.

I treated marijuana like coffee. I began each day with a joint, toked again after lunch, then at night to relax. Somehow I made it through college stoned, an indictment of our educational system. After graduating, I tried kicking weed. It wasn’t easy.

The incident that put me off cannabis for good was a scary one. I got blitzed one night and lay on my bed staring at the curly shapes in the stucco ceiling. Suddenly, the television started speaking to me. The screen remained dark while a deep baritone voice emanated from the Sony Trinitron speakers. The voice hurled insults at me calling me a worthless loser who’d never amount to anything.

A few months into my sobriety, I attended a New Order concert. I knew the evening would be a test. The guy seated next to me offered a hit off his joint. It took all my energy to say no. The pervasive smoke gave me a contact high. Suddenly, the world was vivid again. I was ready to submit to the power of weed when a pink-haired punk girl vomited all over me. I left the concert in disgust. I now view that punk puker as a guardian angel who protected me from relapsing.

It took several years of weed-free living to understand the power it had over me. Marijuana made me lazy, paranoid and selfish. Weed fostered self-indulgence and placed a hazy wall between the world and myself. Many of my friends still smoke weed. They tell me lighting up today is different. It’s no longer a taboo. Pot shops take reservations and offer valet parking. Some dispensaries resemble old-time speakeasies with mahogany bars and leather chairs. Guests peruse cocktail-like menus offering edibles, waxes and concentrates. Weed baristas, called budtenders, ask if you want a “head high” or a “body high?” They educate you on the energizing quality of Sativa versus the relaxing effect of Indica.

The weed industry has tried to brand itself as an elegant, first-class enterprise. They’ve spent millions touting the health benefits of CBD and the anti-anxiety properties of THC. They cite the economic benefits of legalized marijuana and the positive impact on job growth. They hope to create a product that one day will be as widely acceptable as wine and beer.

Whenever I drive past a dispensary, I notice an armed security guard outside the front door. Since weed shops are largely cash-only businesses, they’re at high risk of robbery. This gives each shop a menacing feel, like a late-night strip club in a bad part of town.

I feel ambivalent toward dispensaries. Their presence means less money goes to illegal drug cartels, which is good. It also means a lot more people are walking around stoned. This isn’t so good. Dispensaries feel a little sleazy. They’re a notch above a liquor store but a few rungs below a classy bar. I’m just glad they weren’t around when I was smoking.