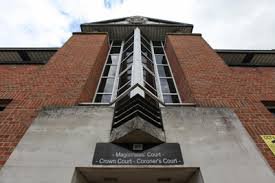 A novel but eminently sensible approach to cannabis enforcement if one has to play the enforcement game.

A MAN who had a cannabis cultivation at his Cowes home has been sentenced.

Julian Harris, 50, of Pelham Road, appeared at the Isle of Wight Crown Court on Friday, where he was given a 12-month community order to include ten rehabilitation days.

He was also given a curfew to stay indoors, Mondays to Thursdays, between 9pm and 7am.

Previously, at a hearing at the Isle of Wight Magistrates’ Court, prosecutor Ann Smout, told how on June 18, police had been tasked to the property following reports of a cannabis cultivation.

Police arrived at Harris’s address and spotted a number of plants in the rear garden before knocking on the door.

Mrs Smout said a female had answered the door, and seemed shocked to see police at her doorstep, claiming she knew nothing about it.

Mrs Smout said a search of the address found eight jars of cannabis in the bedroom, along with scales and cannabis resin.

Together with the plants in the garden, a small cultivation was discovered in a tent in a bedroom, with remnants of cannabis leaves also found in the room.

Initially, the woman was arrested, but charges were dropped when Harris confessed to the crime, taking full responsibility for the cultivation.

In total, 11 plants were found, valued between £3,000 and £9,000 depending upon the yield, and messages on Harris’s phone showed involvement in the supply of the drug.

Mrs Smout said Harris, who had previous convictions but none of a similar nature, told police he had been supplying friends because of Covid-19 and the resultant reduction in supply on the Island.

James Cameron, defending, said Harris had made a full admission, and had been frank about his reason for getting into it after struggling with depression and anxiety.

He said Harris had been spending up to £200 a week on cannabis, which became expensive and short in supply, so he decided to grow his own.