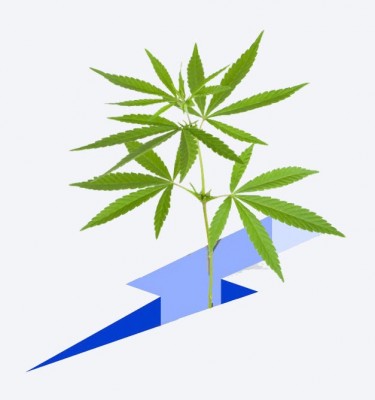 If you ask any experienced grower what is one of the most important skills to master when growing cannabis they will probably give you a long list of things – however, I think most can agree that PATIENCE is a virtue that really benefits the bottom-line of growing cannabis.

Today – we’re going to be taking a look at why Patience is the one skill that every cannabis grower needs to master and why it’s so damn difficult.

You can only manipulate the elements so much

One of the things that is really exciting about cannabis growing is that when you play around with the elements such as lighting, feeding schedules, soil vs hydro – there’s many different ways the plant will react.

Most growers start off with the simple – put a seed in soil, water it and give it some sunshine. However, after a few crop cycles, most growers like to “up the ante” and begin to play around with the fundamental elements required to grow killer bud.

However, even when you’re manipulating the light cycles, nutrients and so forth – the plant will still only grow to the max of its potential. You may be assisting it and you could shave off a few weeks from the time it takes to grow from seed to harvest – but ultimately you must be patient until the plant is ready.

It takes a grower many cycles and many failures to learn the dynamics of plant growing.

Too soon ruins the crop

One of the biggest problems that novice growers face is the “Too soon” issue. What I mean by this is that due to a lack of patience and an eagerness to get to the next stage – they interrupt these natural processes we spoke about above.

There’s a couple of points in the grow cycle when “too soon” could mean the difference between a premium crop and a mediocre one.

For example, last year I was growing a winter’s crop – mainly because where I live currently it really doesn’t get cold until late January or February. Last year, there were only a few weeks of really cold weather.

This year, I sought to extend my grow season and started growing some new strains at the end of October. Due to the fact that it gets darker sooner during winter, the plant started flowering way before I would expect.

This was great – and the plant developed, except – I decided to harvest it a few weeks too early. What happened then was that the buds, that would have become denser, remained airy while the cannabinoid and terpenoid profiles weren’t that mature.

At the end of the day, what I thought would give me at least a half an ounce turned out to be closer to 7 grams at most. I’d even argue I only cropped out 5 grams but I didn’t weight it because I knew I fucked up.

Why? Patience! I was so eager to smoke this beautiful plant that I ruined it. In fact, in retrospect, I probably cropped out a month too soon.

Fortunately – I have a much bigger plant I decided to keep alive which was a good call. I’m about 10 days from harvest [when writing this article] and it is thick, sticky and stanks!

Curing and Drying [too soon]

The next area where growers often ruin their crops is during the Curing and Drying phase. Let’s say you already cut the plant down and now you’re drying it. You’ll need to be testing the moisture of the buds before you cure it.

“Too soon” and your plants will have too much humidity which could produce mold during the curing phase. Mold will just obliterate all the THC rendering your bud useless.

A good sign that your bud is ready for curing is when the branches are dry enough to snap and break, but not break off the stem.

When you reach this point, it’s time to cure.

“Too Soon” when it comes to curing is often a problem with weed. Curing should at the very least take 14 days in an airtight container. You’re supposed to “burp” the weed every 12-hours or so to release the gases that is being produced from the drying of the leaves and so forth.

However, 14-days is also not really the ideal time for curing. Some Dutch Growers cure their weed for up to six months – but for the home grower, anywhere between 2-3 weeks should be more than enough.

This is probably the hardest point in the cycle where Patience becomes a virtue. If you can manage to jkeep your grubby hands out of the weed jar until the curing is complete – you’ll notice that you’re smoking the best weed on the planet.

Next time you crop out, play around with the times. Take a nug out after 1 week of curing, take another after the second week. See if you can tell the difference.

Experience will teach you how to become more patient when it comes to growing. Especially when you lose plants and have to start over again due to pests, thieves or some other unforeseen issue.

In the cannabis grower’s arsenal – patience will give you the best weed within the range of the genetics of the seed. 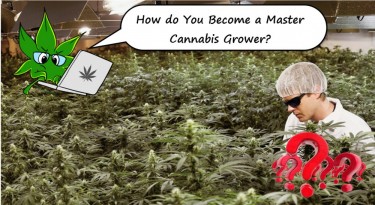 WHAT ARE THE SKILLS YOU NEED TO BE A MASTER CANNABIS GROWER?