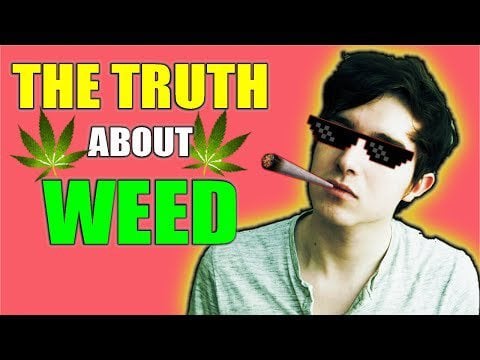 A few years ago, I saw marijuana as a drug given by the devil itself, but now, after the truth is slowly revealing itself about how cannabis is helping treat cancer, ADHD, and other neurological diseases we didn’t know existed, I am getting very pissed off and I want to know why this drug is illegal.

As I did more research, I apparently found out that many of the “negative affects” of this drug haven’t even been proven to be harmful because of weed’s illegal status. Apparently, according to business insider, “long term studies on weed’s health affects has been limited” due to its illegality. Therefore, not allowing us to find out the true long term affects of weed due to the many studies that have been prohibited by law. I mean for fucks sake, EVEN THE FDA CLAIMED THAT WEED MEDICATION MAY TREAT EPILEPSY. YOU HEARD THAT RIGHT! THE FDA!

I’m starting to get really pissed off about the fact weed is illegal in the first place and I honestly cannot figure out why it’s even prohibited. Even after all the diseases that weed has been prove to help cure, it is STILL ILLEGAL FOR RECREATIONAL AND MEDICINAL PURPOSES IN CERTAIN STATES AND PARTS OF THE WORLD! WHY?!?!? I genuinely want a good explanation as to why the actual fuck this amazing “drug” has the capability to cure diseases, and yet, instead of using real medicine like weed, we are still being pumped with pharmaceutical medications that are not only unhealthy, but do not work in the first place! It almost sounds as if the only reason weed has been illegal was so that big pharma could collect extra money…….

Here is a good video also: