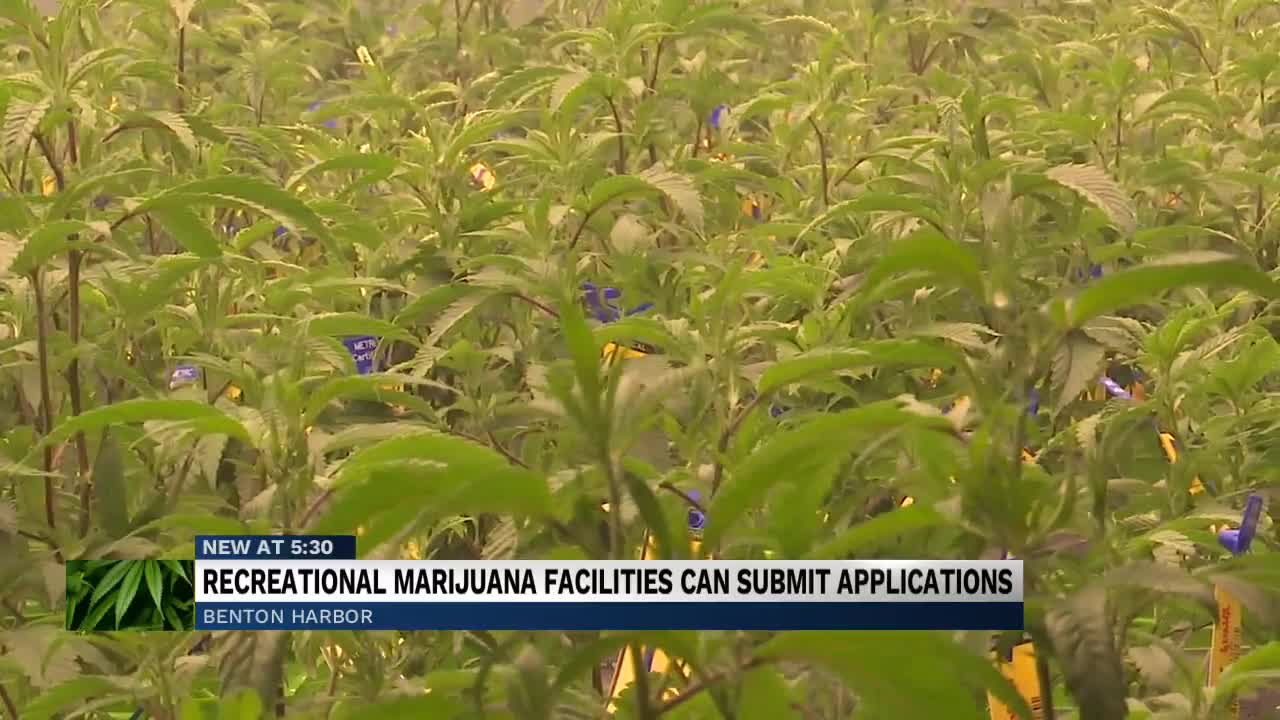 BENTON HARBOR, Mich. — Benton Harbor is one step closer to bringing recreational marijuana to the city after commissioners approved an amendment to their zoning ordinance.

Potential growers, processors and retailers will be able to apply for adult-use permits starting Thursday.

NOBO Michigan already has a medical marijuana facility in town, but has also purchased the vacant building on 107 Water Street to turn into a recreational marijuana dispensary.

“Our plan for this overall property is to build it out and eventually have adult-use but also more space and cultivation,” said Alan Bonsett, CEO of NOBO Michigan.

The Colorado-based company set their sights on Michigan after recreational marijuana became legal in 2018, but despite a medical marijuana ordinance being easily passed in Benton Harbor, working out the details for an adult-use ordinance have been more complicated.

“Any time you take cannabis to a new state there’s also a little apprehension and that usually dissipates with time and understanding that the industry is professional and it creates jobs, revenue for the community,” said Bonsett.

The city ultimately seeing that same potential and making an amendment to its zoning ordinance for recreational facilities to be in light and heavy industrial districts.

Retailers can be in central business districts and officials will also now allow a maximum of six in Benton Harbor.

NOBO planning to open their first dispensary in the heart of the city – the Benton Harbor Arts District.

“One of the early decisions we made to be here was all about the feedback we received and the positive affect we could have,” said Bonsett. “Looking at this particular property and that it was off the tax roll for 12 or so years and now it being a state of the art cannabis facility.”