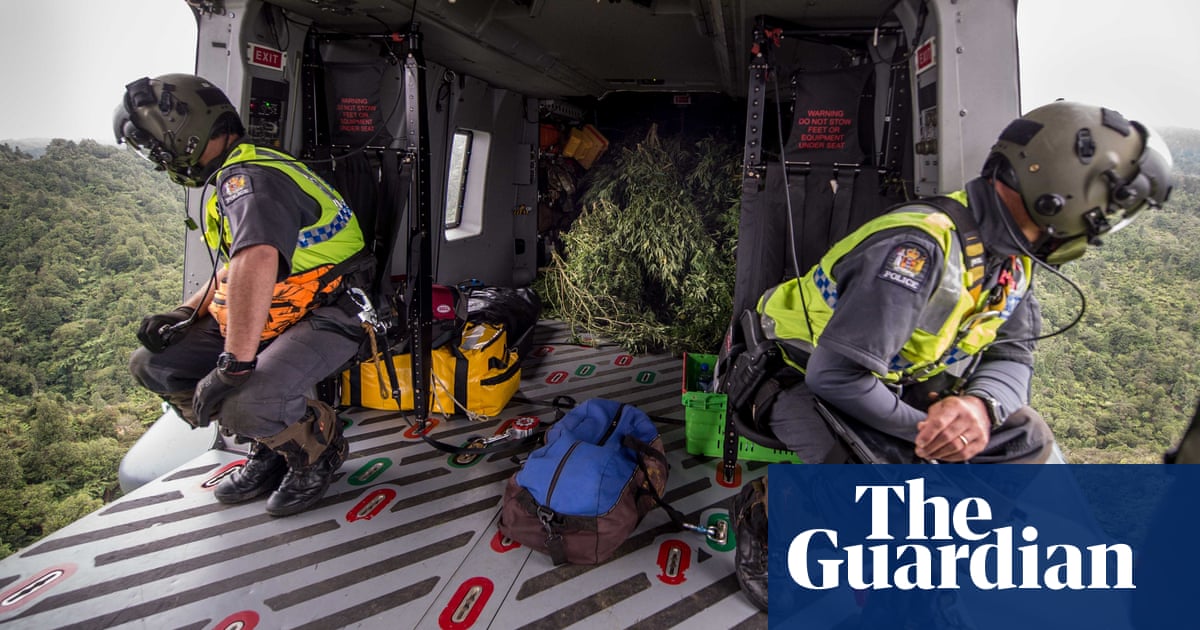 Helicopters that have for decades taken to the skies of New Zealand every year to search for cannabis-growing operations will stay on the ground this year amid a shift in policing priorities.

Light aircraft and helicopters have mounted aerial surveillance operations searching for the banned class C drug since the 1970s, but police now say their resources could be better deployed, particularly in the fight against methamphetamine, known locally as P.

The cost of the annual surveillance operations is unknown, but is thought to be at least a million dollars a year.

A police spokesperson said: “With the increased harm in many communities arising from other drugs, particularly methamphetamine, a one-size-fits-all annual aerial national cannabis operation no longer represents the most appropriate deployment of police resources,” the spokesperson said.

“The decision to spread resources throughout the year, and increase surveillance focus on the drugs causing the greatest harm in the community, does not mean that police across the country will not investigate and prosecute people engaged in the commercial cultivation of cannabis.”

The annual cannabis flights were increasingly contentious in New Zealand, with critics saying they were expensive and busts resulting from the flights were never made public.

The opposition National party criticised the police’s decision to suspend the flights, saying “given the increase in gang activity and violence we’re seeing across the country, operations like cannabis eradication would be useful now more than ever”.

Last year, New Zealanders voted on whether to legalise cannabis for recreational use, and returned a no vote by a slim margin.

Cannabis is New Zealand’s most commonly used illicit drug, and the latest health survey found that 15% of New Zealand adults – equivalent to 590,000 people – had used cannabis in the past 12 months.

Māori account for 16% of the population but are disproportionately affected by New Zealand’s drug laws, facing three times as many arrests and prosecutions for possession of cannabis as non-Māori.

Prof Papaarangi Reid, the head of the department of Māori health at the University of Auckland, has argued that legalisation would help control the potency of the drug, its price and make it less accessible to young people.

“We’re particularly concerned that Māori have borne the brunt of biased enforcement and the negative health effects of illegal cannabis,” said Reid.