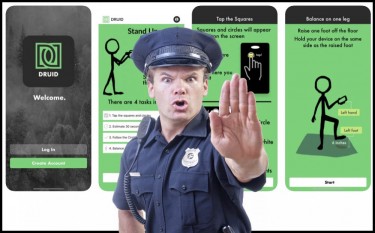 Interview with the founder of the DRUID App

I recently sat down with the developer of the DRUID App where we discussed his app and the potential applications in society. I’m almost certain that most of you would not be familiar with Druid mainly because it’s a fairly new development, especially when it comes to testing for impairment.

Michael Milburn, a former research professor at the University of Massachusetts reached out to my editor and put me onto the idea of mobile apps being used as a “sobriety test”. I have previously written about the various different challenges law enforcement encounters when testing for sobriety solely based on the concentration of THC in the blood.

A high count of THC does not necessarily indicate “impairment”. As cannabis users build up tolerance, they can have higher quantities of THC in their blood, yet still be relatively “not-impaired”.

Other ways that law enforcement tests whether a suspect is impaired is by “field sobriety tests”. This is a highly subjective assessment from the law enforcement officer where they essentially watch how you perform several tests.

Of course – they do get training in detecting people that are stoned or drunk, but that is still solely resting on the assessment of the officer in question. What happens when the officer finds that his girlfriend is cheating on him with his best friend? How would such rage and anger influence his judgement in the level of impairment of a user?

Sure – the cheating-girlfriend example may be a bit of a stretch of the imagination, but the truth of the matter is that emotional states such as Anger, Fear, Jealousy, etc – can impact our objectivity. In the case of sending someone to face a judge due to “impairment”, this is a mistake we cannot leave to chance.

In comes solutions such as DRUID. Druid tests impairment by measuring ones response time, balance, and hundreds of neurophysiological indicators which helps to determine how impaired a person is objectively.

The entire test only takes about 3-minutes to complete and plays like a video game. You have to complete 4-simple actions which then tallies up a score and tells you how impaired you are. That’s it!

The question is, “does it work?”

While for some people reading this article, the entire idea of an app being able to judge your impairment levels might seem a bit “far-fetched”, the truth of the matter is that the app is being studied independently.

One of these studies are being done by John Hopkin’s which is in its final stages of approval. Michael also sent me several other peer-reviewed studies that showed consistently that DRUID was able to detect impairment in test users that indeed were impaired.

Can you hack the app?

One major concern, for law enforcement – and consumers alike – is the idea of “gaming the game”. For example, what if you are able to learn the different activities on the Druid App…would you be able to better your score?

According to Michael, this would be very difficult since every task is randomly ordered. In other words, while you may play the “same game”, the sequences within the game would be entirely different every time you play it.

This means you can’t condition yourself to learn the sequences of the game because it’s based on pure randomness.

More importantly, the more people that utilize the app will give the developers more data to be able to fine-tune the dynamics and provide an even more accurate assessment.

While this is currently being pushed for businesses, law enforcements and similar organizations, there is also a public appeal.

Why it’s in your best interest for DRUID to work!

I know some stoners that will tell me, “Reg – why do you want to have technology that busts stoners?” While this technically will bust a bunch of stoners, I’m also not in favor of people who are legitimately impaired driving on the roads.

I think in a world where services like Uber exist, impaired driving is no longer a justifiable action. I mean, it never was – but you can literally call a driver to your exact location pressing a button. Also, if you know you’re going to get fucked up – why are you driving in the first place.

The point is – Druid is a way you can test your impairment, ensuring that you’re not putting your own life or anyone else’s in danger.

More importantly – cannabis users desperately need a standardized way of judging impairment. Police officers who rely on their “drug detection skills” are still operating under a “biased perspective”. It’s impossible for people to not have their own “version” of things – and thus, outsourcing detection to an emotionless algorithm can provide far more safety netting for cannabis consumers.

What can you do to help?

I for one believe that Druid, if it can become more mainstream – will have positive impact on the safety of our roads. Nobody wants impaired drivers speeding along putting people’s lives in danger.

If Druid can help stop people from getting behind the wheel, or to provide police officers an objective “standard” of assessment – fewer people will go to jail over hearsay and we’d have safer roads.

If you’re interested in helping out Michael and his team, download the Druid App and judge your own impairment.

Michael was showing me his own experiments with T-breaks, different strains and so forth. Since Druid works so well with alcohol and cannabis, perhaps it can also shed some light in terms of sleep patterns and how it affects ones impairment.

Go ahead and download Druid for a 30-free trial period. Test your impairment, see how your scores change. Don’t take my word on Druid – you’ve got the opportunity to test it out for yourself. 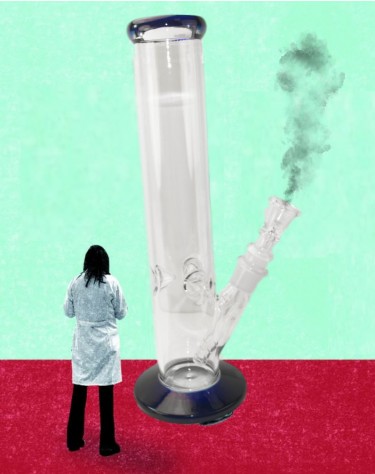 HOW ONE CHEMIST SOLVED THE MARIJUANA BREATHALYZER PROBLEM! 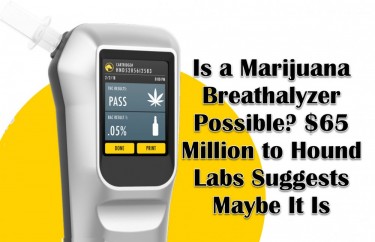